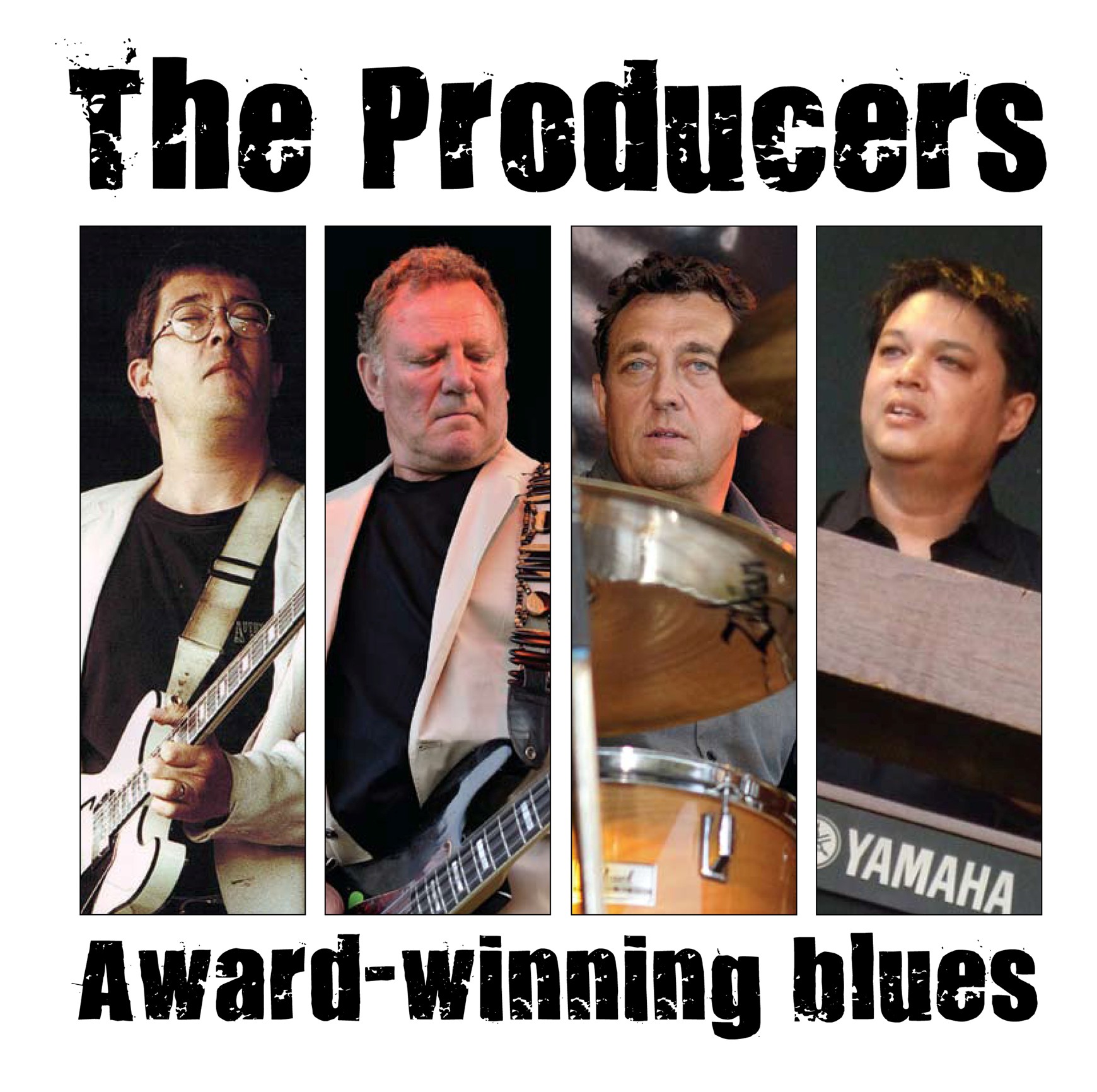 Dave Saunders and Harry Skinner formed The Producers in 1990. They went on to be one the most popular blues outfit in the country at that time winning the ‘Blues Band of the Year’ award 4 times, releasing 13 CD albums one of which, ‘Ain’t No Love in the World’ was nominated for the ‘Best Blues Album’ award.

The hugely popular band regularly sold out venues around the country and were among the first to feature an acoustic set in their show which led to Theatre and Art Centre bookings nationwide, the whole acoustic set became almost de rigueur and every band, blues or otherwise, followed The Producers lead.

At the Cognac Blues Festival in France they were joined onstage by headliner Ray Charles’ brass section and, memorably, his ‘Raelets’ shimmying and dancing in front of them!

They were featured in session on the Paul Jones Blues Show on BBC Radio 2 and were highly praised by both Johnnie Walker and Bob Harris.

Playing at the Alexis Korner Memorial Concert at Buxton Opera House they were spotted by Peter Greens management during Peter’s first major solo gig and asked to support the Fleetwood Mac guitar legend on his first national tour for 25 years. The Producers also featured on the BBC documentary of the Buxton concert.

After more than ten years of almost constant gigging the band was understandably burnt out which prompted the decision to split the band. The band played its last concert on New Year’s Eve 2001/2 after undertaking a 6 month farewell tour of the UK, needless to say it was a complete sell out.

That retirement proved to be temporary, Dave and Harry got the band got the band back together after a break and they’ve gigged ever since, albeit not with the same frequency. In the more recent years the gigs have been mainly restricted to the South Coast of England with their journey’s up North being a bit of a rarity.

The development of the band over the year has seen seven line-up changes but the founders, Harry Skinner and Dave Saunders, remain in place and the latest and longest incarnation (now fifteen years old) features Ray Drury (keys) and Biff Smith (drums). It was this line up that produced the acclaimed London Blues album of 2011.

Following on from London Blues was always going to be tough but the 25th anniversary of the band in 2016 inspired a return to the values of the Producers’ first album (‘Escape from Muswell Hell’ 1992). Rhythm and Blues was the order of the day here and the album offered four new original songs along with a selection of tunes that the band had used live over twenty five years but never previously recorded. The album was unashamedly raw and gutsy, it offered a response to the sophistication of London Blues and above all it re-connected the band to its past.

And now they are back in the far North for what could be the final time on this their second farewell tour! Harry and Dave still fronting the band and ably assisted by Ray Drury on Organ and Piano and Biff Smith on the sticks and percussion. New songs have been written and old fans will recognise some reworked stage favourites as they move on whilst definitely not forgetting the past musical history of the band.