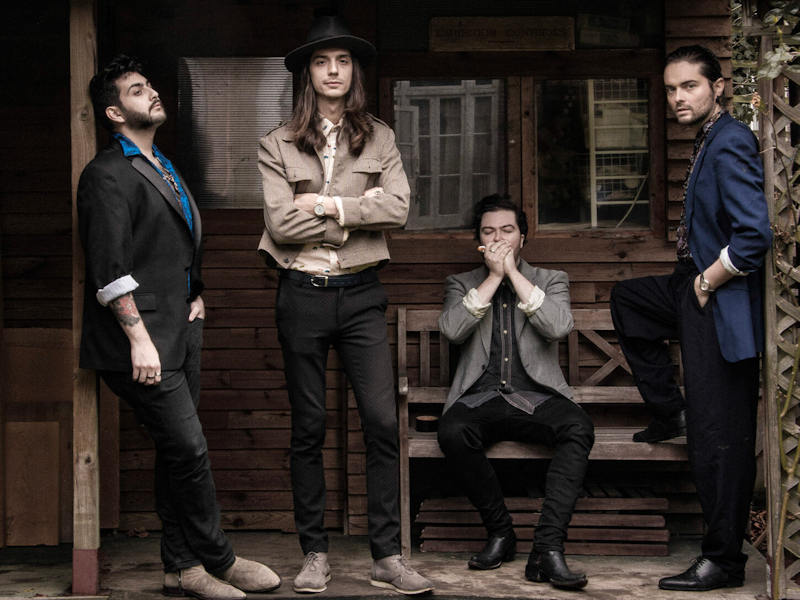 The Cinelli Brothers is a project born out of a common passion for the electric Chicago and Texas blues from the 60s and 70s, when brothers Marco (guitarist and lead singer) and Alessandro (drummer) decided to form an explosive team showcasing original repertoire in the style of Chess, Stax and Motown.

Joining the two brothers on stage, Enzo Strano on bass and Tom Julian-Jones on harmonica and guitar.

Their debut album Babe Please Set Your Alarm was recorded at the Soup Studio in London and the full live and analog recording was released in May 2018 on vinyl and digital format.

The record went number 2 in the IBBA (Independent Blues Broadcasters’ Association) in June 2018.

The band has been featured in Blues in Britain, Blues Matters, Classic Rock and other magazines.

The Cinelli Brothers champion a new generation of passionate musicians sharing in the love of Blues, Soul, R&B and the true authentic sounds that have made the blues a cornerstone of music history.