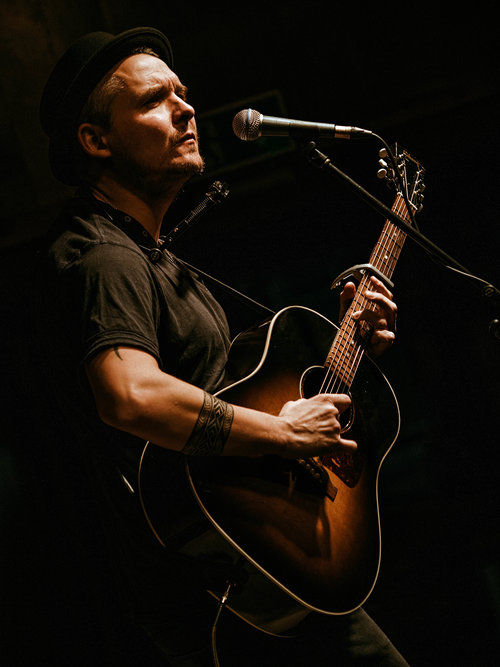 Sean Taylor’s unique songwriting fuses blues, Americana, folk, roots, spoken word and social commentary. Over the last twenty years he has toured the world and released eleven albums. The Sean Taylor sound is a late-night cocktail of Tom Waits and Jack Kerouac; With voice that is a cross between John Martyn and Van Morrison and a guitar style that sounds like an acoustic Stevie Ray Vaughan jamming with JJ Cale … His live shows feature world class songwriting with stories from the road.

Sean Taylor is one of the most exciting and hard working names on the international roots and blues circuit.  Sean tours the world and records his albums in Austin, Texas with producer Mark Hallman.

“Sean Taylor is a wonderfully talented modern troubadour whose sincere, thoughtful songs pull you in. I’ve had the pleasure of sharing the stage with him. He swings. Check him out!” – Eric Bibb