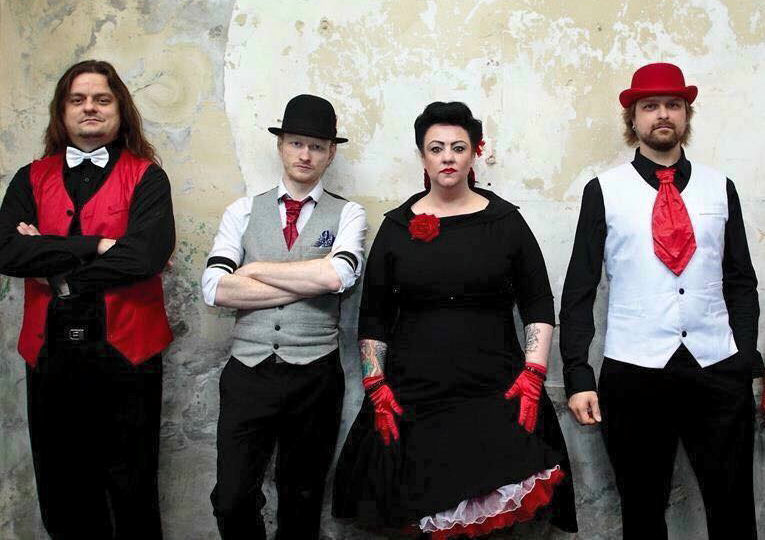 Multi award winning Kaz Hawkins is Northern Ireland’s very own blues and soul darling. The Belfast born singer-songwriter is fast becoming a performing icon across UK & Europe & the United States. Her high energy, original shows with her 1950s style swing-dress-meets-Dr Martens look and ability to closely connect with her public contribute to make Kaz one of today’s most popular independent artists in the UK and Ireland, as she continues to play to full houses. Kaz has been compared to Etta James & Janis Joplin to name but a few. Mixing through the genres of music for over 20 years, she finally found her niche in roots and blues, bringing a fun, inspiring & hopeful message with her new debut album Get Ready self-released in August 2014, featuring Kaz’s deep, powerful voice, original song-writing and soulful tracks, Get Ready wooed both the public and the critics, winning the Blues Matters Magazine’ Writers Poll Best Studio Album of 2015 in September. In a hat trick feat during the same month, Kaz accepted the prestigious Barry Middleton Award for Emerging Artist at the British Blues Awards (the first ever Northern Ireland recipient) and also received the Pure M Award for 2015 All-Ireland Best Female Act at a ceremony in Dublin. The success continued in 2016 with her band album Feelin’ Good which was the IBBA album of the year beating Joe Bonamassa. KHB won the right to represent United Kingdom at the IBC in Memphis and EBC in Denmark in 2017. The band went down a storm in Memphis and returned home proud as semi-finalists. They now head to Horsen’s in April to challenge for the European title.

Kaz will be venturing outside her band in 2017 with more American visits and a brand new piano & voice album and tour. Kaz will be releasing a charity single from the album to increase awareness for depression and will be donating a percentage of album sales at her album launch at Belfast Cathedral on 22nd July 2017 to help Aware NI, the charity she is ambassador for.

Kaz’s stellar rise to success will be no surprise to the Northern Ireland’s music fiends and blues fans over the world she has been wooing for years with her deep, powerful voice, original song writing and soulful tracks. No mean feat for the 43 year-old funky grandma, who owes surviving a life of physical and emotional hardship to music and a larger-than-life personality that doesn’t take setbacks lying down! Kaz has worked tirelessly for different charities and is Arts Ambassador for EastSide Arts in which she lectured students at Boston University on how she used music to used music to survive trauma. Kaz will be returning to Boston University in March 2017 again, continuing the Belfast/Boston friendship that has been created. Kaz is also an Honorary Member of the UKBlues Federation.