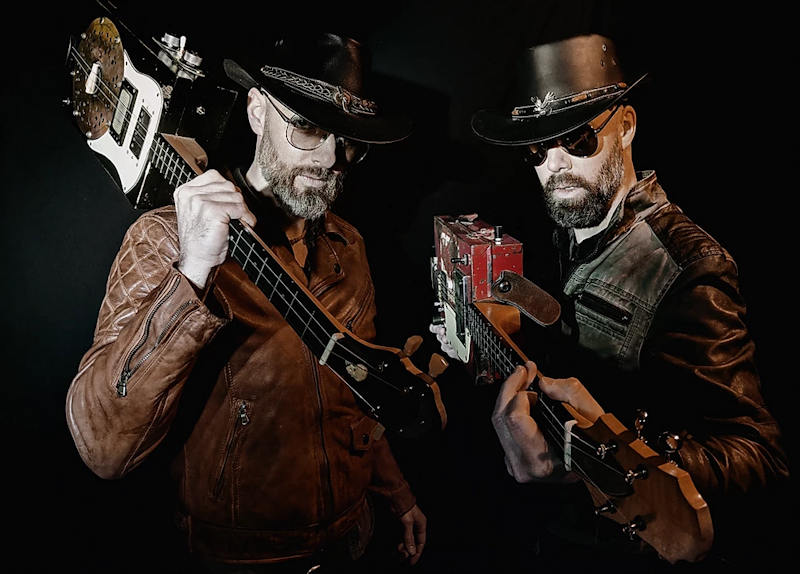 Since 2015 brothers Graeme and Iain (E) Moncrieff have, in every sense, been building their dark, gritty, bluesy sound from the ground up. Their visceral live shows have astounded audiences and begun to accrue a dedicated fanbase at gigs and festivals across the UK, including the acclaimed Buckle & Boots Country Festival in 2018 and the UK cigar box guitar festival Boxstock.

The trademark Dusk Brothers sound derives from self-built guitars, percussive stomp-boxes with foot operated cymbals, various percussion instruments made from anything they can get their hands on (think old oil cans, pots and pans etc) and valve guitar amplifiers built from scratch in their own workshop. Combining all of that with growling vocal harmonies and blues harp, the brothers are two one-man-bands playing simultaneously to create an incredibly huge and distinctive sound.

Dusk Brothers’ debut EP ’Storms, Rum, Liars and Guns’ was released on Saturday 16th Feb 2019 to critical acclaim and with a very hot, sweaty, buzzing and packed out launch gig in their home town of Bristol.