A rustle of excitement prevailed, as we headed for the new location at The Venue in central Carlisle, on Friday 7th November 2014, for the 8th Carlisle Blues & Rock Festival. This was an iconic step forward for the festival, as just six weeks earlier there were fears that it would not go ahead due to the immediate closure of the Swallow Hilltop Hotel, that had been home for the festival for the past 7 years. So, it was well done to Nick Westgarth for being able to secure a base for this year’s festivities – and what a great venue it was!

In this purpose built music venue, the crowds were well accommodated with a great ‘all view’ stage.

The first band to take to the platform and kick start the festival were ‘Sparo & The Yahs’. Hailing from Scotland, this was to be the last gig for charismatic front man Grant Dinwoodie, the excellent harp player and vocalist, of this high energy four piece. A great start to a great weekend and the band gave their all, giving hungry harp driven rockin’ blues. http://www.theyahs.co.uk/

Next to hit the boards were the ‘Little Devils’. A great blues combo from London, fronted by the amazing Yoka on raunchy vocals, super flute and great saxophone. It was nice to see them on a ‘full on’ stage performance, giving blues a fresh edge with hints of rock and funk – a confident and well-put-together performance. http://www.littledevilmusic.com/

The wonderful ‘Marcus Malone’ bought his own flavour of sound with a combination of blues, rock and soul. Originally from Detroit, he has a great voice and individual take on guitar. He has an easy presence and charisma with the audience. A superb set throughout with well played blues rock with a soulful edge. http://www.marcusmalone.com/ 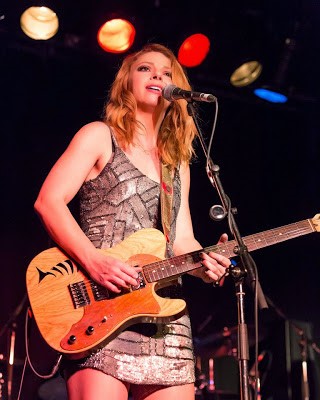 A debut performance at Carlisle, for the talented Miss ‘Samantha Fish’, from Kansas City, this young dynamite performer puts herself firmly within the realms of ‘the women of blues’. Kicking off with cigar box guitar, then giving us some rockin’ slide and great guitar playing and vocals, she has an ease of playing and gave a wonderful performance. http://www.samanthafish.com/

For the last act of the evening, Mike Zito came with his own band this year, ‘Mike Zito & The Wheel’, for those remembering him with the Royal Southern Brotherhood at last year’s festival. From Missouri, he gives a Southern slant to his style of rock blues, with the true professionalism of a well established musician. He was also joined on stage for a couple of numbers by Samantha Fish. http://www.mikezito.com/

Saturday Afternoon (Held in ‘Club Rock’ next door to ‘The Venue’)

A super start to the afternoon session in the crowded Club Rock with the ‘Bushman Brothers’. Having early roots in South Africa, this band, from Brighton, certainly gave a great performance with haunting blues rock at its best. http://www.bushmanbrothers.com/ 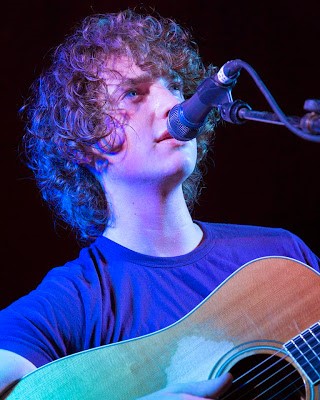 ‘Blues Boy Dan Owen’ was up next. From Shrewsbury, he is fast becoming a legend at such a young age. He gave a masterful performance with plenty of stomp, slide and excellent guitar playing and only managed to break 3 strings! A true professional – continuing through Little Red Rooster, with a broken string, seamlessly changing guitar, midway through this Howling Wolf classic, and then leading beautifully into Stormy Monday. To complete the set, with a well deserved encore, the piece-de-resistance of the Ballad of Hollis Brown. Excellent! http://bluesboydanowen.com/

From Hampshire, the Mustangs brought to the stage some great ‘down to earth’ harp driven rhythm & blues in their own drivin’ style.http://www.themustangs.co.uk/

Some rockin’ blues from ‘Blues n’ Trouble’. It was a shame there was not enough room for dancing in the very hot Club Rock, as that’s what you wanted to do with this band! Some great up tempo rockin’ boogie.http://www.bluesntrouble.co.uk/

Saturday Evening (back at ‘The Venue’)

Back in The Venue after a ‘cool off’ break, were the amazing ‘Sean Webster and The Dead Lines’ – what a great opener for the evening session. Sean, as always, gave the most awe inspiring performance, showcasing some of the tracks from his new album ‘See It Through’, due for release in the new year. With the most amazing voice and accomplished guitar playing, he played two of my all time favourites with such passion. The Etta James number ‘I’d rather Go Blind’, which when played at last year’s festival had most of the audience in silence and spell bound – with a similar effect this year! The final number, John Hiatt’s ‘Feels Like Rain’, was played to perfection – Sean Webster was certainly one of the highlights of the festival this year, for me!http://www.seanwebsterband.com/

Enter the veterans of the blues scene! ‘The Climax Blues Band’. Changes have taken place over the years, but the very core of the music remains the same. As a six piece they gave a tremendous sound with brilliant blues and blues funk numbers with the all the professional stage presence, that goes with the calibre of this band – magic moments!http://www.climaxbluesband.com/ 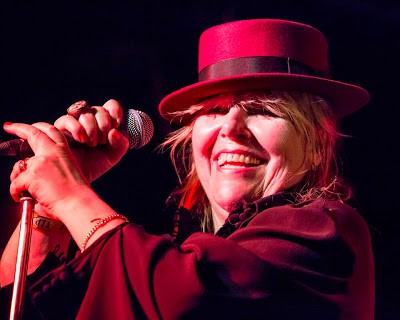 From Liverpool, and the Queen of Blues in the north-west, ‘Connie Lush & Blues Shouter’ certainly made their presence known! Connie has been on the blues scene for many years, but you never tire of her lively and dynamic performances – and tonight was no exception. This evening she had Sam Kelly, drummer extraordinaire, standing in on drums, so bonus. Her rapport with the audience, and her amazing voice, sets her apart from so many of her counterparts. A superb performance – with raunchy blues at its best!http://www.connielush.com/

Glad I finally got to see ‘Rosco Levee & The Southern Slide’! From Kent, they have a brilliant sound – with gritty guitar and Hammond soaked rockin’ blues. Great vocals and guitar playing puts them in a class of their own. A superb performance from this relatively new band on the circuit. So, watch this space. http://roscolevee.com/

The final act for the evening, the ‘class’ Aynsley Lister. As a collector of blues awards, I need to say no more! With a plethora of talented musicians just waiting to get on the stage, the Jam Session is always exciting and momentous! http://www.aynsleylister.co.uk/

Kicking off the final session of the festival, was the great acoustic blues player ‘Matt Woosey’ – who is now firmly embedded on the blues festival circuit. A superb performance and a difficult one too, first thing on a Sunday afternoon. http://www.mattwoosey.co.uk/

A tight combo next to take the stage, with ‘TC & The Money Makers’. Their blues style of Chicago and swing gave us a superb harp driven blues take. Hailing from Yorkshire they wowed the audience with their classic blues – the harmonica playing would equal that of the greats! A really superb set.http://www.tcmoneymakers.com/ 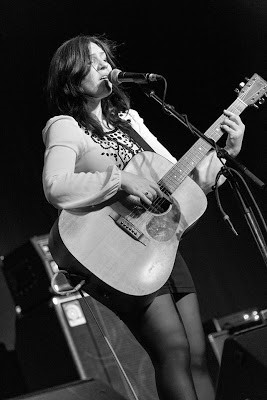 A young lady who has been gracing the festival stages for a number of years is Dani Wilde – who was appearing with her band. She played many of her own songs, giving us her individual take on the blues. She was joined later on the set by her brother Will Wilde, who is an excellent harmonica player and a performer in his own right. http://www.daniwilde.com/

An amazing moment was the monumental arrival of The Boom Band. A seven piece band, they certainly gave us the ‘wow’ factor. With the familiar faces at Carlisle of Marcus Bonfanti, Jon Amor and Paddy Milner the band took the place by storm – each member offering their own individual input. Certainly ‘super group’ springs to mind giving us a really memorable set.http://www.theboomband.co.uk/

The final act, at what had been a truly brilliant festival, were Ian Siegal & Jimbo Mathus. Giving us some roots and country blues, Ian continues to be a firm favourite and crowd puller at the festival bringing with him ‘friends’ from his travels. A great end to a great event. http://iansiegal.com/http://jimbomathus.com/

Many thanks go to Nick Westgarth and team and all the volunteer helpers who have kept the festival alive at the last hour. A good job done!