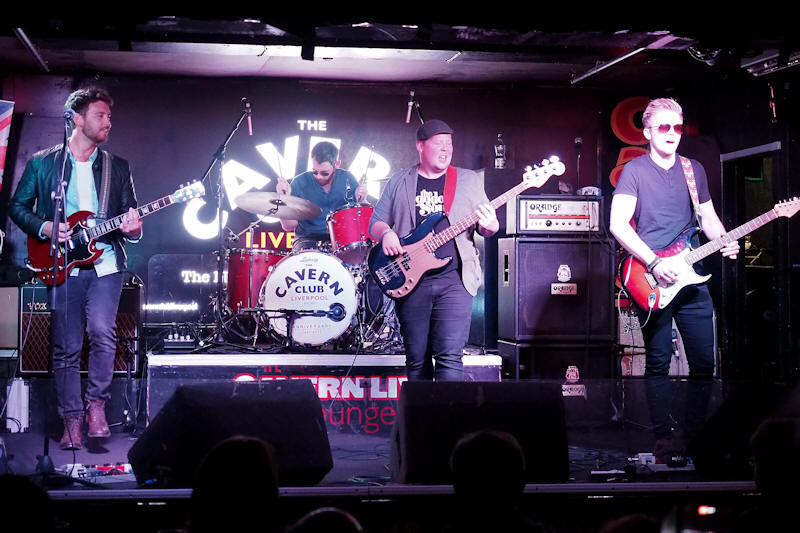 Rainbreakers, a four piece outfit from Shrewsbury, have been hailed as one of the freshest new sounds in the UK blues rock and soul circuit. The band have developed a distinctive sound that embodies a fusion of dynamic musical elements that bridges the gap between Blues, Rock, Pop and Soul. The band are particularly fascinated with the sounds of the past, ranging from soul melodies and psychedelic sounds to garage-rock riffs and R&B grooves.​

In 2016, Rainbreakers reached new heights, with a string of live dates up and down the country supporting the likes of Corky Laing (Mountain), The London Souls, The Devon Allman Band, Laurence Jones and Ryan McGarvey. Their performance at last year’s Great British Rock and Blues Festival in Skegness saw them win the crowd vote on the Introducing Stage and gain a place on the Main Stage at this year’s festival. The bands efforts have even gained the attention of The British Blues Awards, who nominated Rainbreakers for The Barry Middleton Award for Best Emerging Artist 2016.

Since the release of their Blood Not Brass EP, Rainbreakers have found themselves being featured extensively throughout a variety of media platforms. The Blues Magazine and Blues & Soul magazine celebrated the band’s refreshing outlook on the blues rock scene, while radio stations across the country, most notably The Paul Jones Blues Show on BBC Radio 2, played their songs respectively.

With the release of Rise Up on the 7th April 2017, Rainbreakers showcase their fascination with the sounds of the past, ranging from soul melodies and psychedelic sounds to garage-rock riffs and R&B grooves. While recalling elements of their predecessors, the band commands a clear foothold with the sounds of their own generation, expressing an affinity with contemporary bands including the likes of The London Souls, The Black Keys, Monophonics and Gary Clark Jr.